Are you trying to create an estate plan but have concerns regarding your citizenship status? You may not be the only one considering there are more than 45 million foreign-born individuals residing in the United States. While some have already acquired citizenship, millions of others have not. In 2019, around 1,031,000 nonnative Americans received permanent residential status. With this, it is only right that they allow themselves to create and think about estate planning much like U.S citizens do. However, it is important to consider other factors that might affect those who are not citizens of the USA that wish to consider estate planning in the United States. 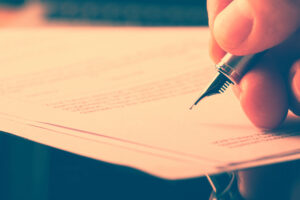 Here are a few:

Property Located in Another Country

When creating an estate plan, non-U.S citizens may own land in their countries outside of the U.S, such as in their country of birth. Accordingly, this may cause conflict when trying to establish a will or trust due to the differences in law.

a. Common Law vs Civil Law

Furthermore, common law and civil law countries have different rules about which country's law applies (for example, in a common law country, the lawful authority where real estate is located typically governs its disposition, whereas in a civil law country, the law of the deceased person's nationality or habitual residence may be the governing law for whatever estate they left behind).

These conflicts of interests are important to consider when planning an estate that includes property from other nations. Consulting with an informative attorney will make this process more efficient and stress-free.

b. Wills and Trusts

Because a will made in the United States may not be lawful in other nations, it may be essential to have numerous wills, each dealing solely with different categories such as money or property in that country (and drafted by someone familiar with the local law). Furthermore, extra caution must be exercised to ensure that none of the wills accidentally revoke any previously prepared wills.

Most civil law nations do not recognize trusts. As a result, trust-based estate planning may be ineffective in some foreign nations where real estate or beneficiaries' children are situated. Furthermore, under civil law, a trust may be treated as an unrelated party and subject to the maximum inheritance tax rate. Moreover, some common law nations levy taxes on transfers to trusts or on trust property on a recurring basis.

Property located abroad taxed in the U.S for Residents

a. Federal gift and estate taxes apply to any money and property owned by U.S. citizens and non-citizens who fulfill the IRS's definition of a "resident" of the United States. Residents of the United States, on the other hand, can take advantage of the $11.58 million lifetime gift and estate tax exemption, as well as the $15,000 yearly gift tax exclusion. A non-citizen is considered a permanent resident if he or she currently resides in the United States and intends to do so permanently. Non-citizens also have the legal right to transfer intangible assets without incurring a gift tax. This includes stocks, life insurance contracts, and other investments. Non-citizens may find that the estate planning rules are less onerous than those for citizens in this region.

When a permanent resident leaves the country, he or she should be aware that they may be subject to an exit tax (i.e., a capital gains tax on the value of property they own).

b. Only money and property “situated” in the United States is liable to estate and gift tax in the United States for non-residents. However, their estate tax exemption is reduced from $11.58 million to $60,000, resulting in a potentially significant estate tax payment if the non-resident owns numerous properties in the United States. Furthermore, they may be subject to estate tax in their native country, creating the possibility of double taxation. A limited number of nations have engaged into an estate and/or gift tax treaty with the U.S, which allows a citizen of one of the treaty countries who owns property to avoid both countries taxing the same asset after their death.

a. Unlimited marital deduction not available

Even if the spouse is a permanent resident, a U.S. citizen married to a non-citizen should be aware that the unlimited marital deduction does not apply to gifts or pass down to non-citizens. The tax-free amount that can be transferred to a spouse if the spouse receiving the assets is not a U.S. citizen is just $157,000 each year (in the year 2020). However, transfers from a non-citizen spouse to a citizen spouse are eligible for the unlimited marital deduction.

However, if a distribution is made because the non-citizen spouse has an urgent, immediate need for money and has no other options, the principal may be transferred to him or her without triggering estate tax obligation. Furthermore, if the non-citizen spouse becomes a citizen of the United States, the principal can be transferred to that spouse tax-free. By the time the late spouse's estate tax return is due, a QDOT must have been established and the property transferred to it. It is usually made up while both spouses are living and takes effect after the citizen spouse passes away. A U.S. citizen or a U.S. corporation, such as a bank or trust firm, must be the trustee, or the person or entity in charge of administering the trust assets.

Non-citizens have a number of challenges when it comes to estate planning. The Law Office of Inna Fershteyn can assist you in thinking through all of the problems that may impact your plans for the future whether you are a non-citizen or married to a non-citizen. Please contact us at 718-333-2394.