Investigators and prosecutors in New York City have seen a record amount of Medicaid Fraud investigations result in criminal charges. In many past cases, most of the investigations dealing with Medicaid fraud have been able to be solved by settling. Often times, someone who has not disclosed their entire income, or someone who lied about their income would be granted an opportunity to pay back some of the benefits. Many investigators would even set up payment plans without any interest fees to make it easier on the person paying these fines.

Recently, that has drastically changed. Over the past few months, the Human Resources Administration (HRA) has reported more investigations to the District Attorney’s office for criminal prosecution.

We started noticing the change over the past few months.  The Human Resources Administration (HRA) was referring more investigations to the District Attorney’s offices for criminal prosecution. Many investigators have even confirmed that the HRA has implemented a new policy, stating that all people who fail to provide accurate information on their Medicaid applications or recertifications are subject to felony convictions. Some of these charges include Grand Larceny and or Welfare Fraud. Regardless of a person’s financial stability, health, or person’s ability to keep a job, the District Attorney’s office will not hesitate to charge anyone with felonies.

When you receive a letter from HRA, in most cases, it means that there is an open investigation case going on and that investigator believes that you are or, at some point, were not eligible for Medicaid/Family Health Plus insurance.

At this point, it is highly recommended that you hire an experienced Medicaid Fraud Attorney. If your letter says that you have a scheduled date to meet with the HRA investigator, make sure to consult with an attorney beforehand, because he/she may be able to get you out of the interview entirely.

In most cases, when the investigator is asking you to come in person, he or she already collected evidence proving that you were not eligible for Medicaid or Family Health Plus benefits. Most investigators have completed the "field visit" and have visited the place where you said you lived on your application, spoke to your neighbors and took pictures of you shopping in the supermarket.  If you filed with an incorrect address or you did not list all the people residing in your household or you stated that you are separated from your husband and in fact you live together, your case will be immediately forwarded for criminal prosecution.

If you appear on the interview by yourself or hire an incompetent Medicaid fraud attorney to represent you, you will be putting yourself in grave danger by answering investigator’s questions, directly and disclosing information which may not have been available to the investigator before.  It is extremely important that you hire a criminal defense attorney with many years of experience representing clients in front of Medicaid fraud investigation office and in front of the DA's office so you can avoid appearing at the fraud interview altogether.

I cannot stress this enough. DO NOT try to handle a Medicaid fraud investigation by yourself. Get an experienced Medicaid fraud attorney on your side immediately.

At the Law Office of Inna Fershteyn, we provide immediate representation for all Medicaid Fraud Investigation cases to avoid criminal prosecution and explain what you should do if you are targeted by the Medicaid Fraud Investigation.  With over 200 Five Star Reviews, attorney Inna Fershteyn is the leading NY Medicaid fraud defense attorney who helped thousands of clients avoid criminal prosecution and successfully settle Medicaid fraud investigation case against them.

What is the Bureau of Fraud Investigation (BFI)?

The Bureau of Fraud Investigation (BFI) located at 151 W Broadway, New York, NY and deals with investigations on the recipient side, both of individuals and organized groups, who are suspected of committing Medicaid fraud. BFI investigations may result in Administrative Disqualification Hearings, lawsuits to recover money, or referrals to the District Attorney for criminal prosecution.

What is the Office of Medicaid Provider Fraud and Abuse Investigation?

The subdivision of IREA office deals with Medicaid providers and conducts investigations and audits of suspects of fraud, waste, or abuse of government healthcare programs. Their office is located at 375 Pearl Street, New York, NY 10036

Receiving a Medicaid Fraud Investigation Letter From the HRA 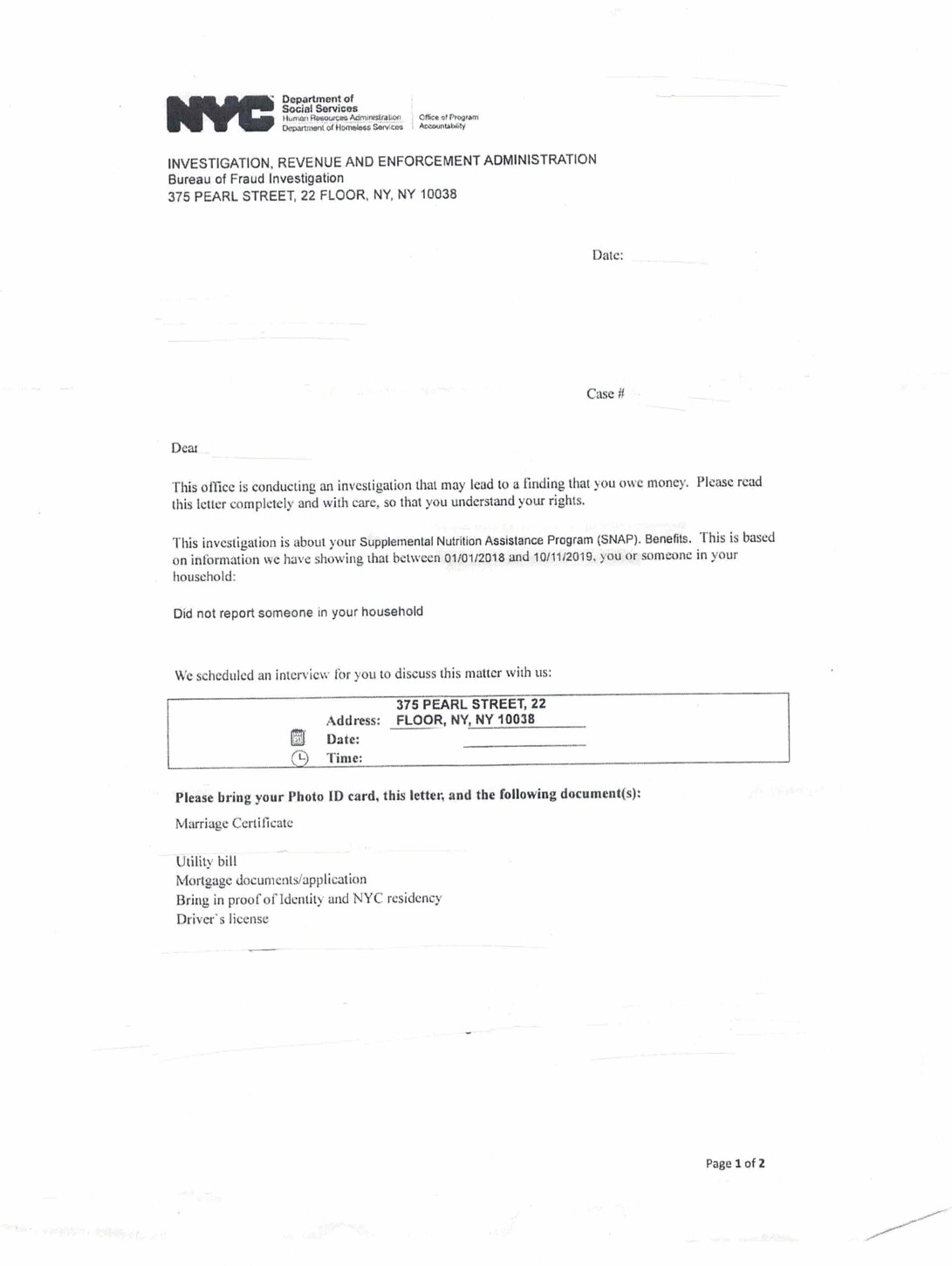 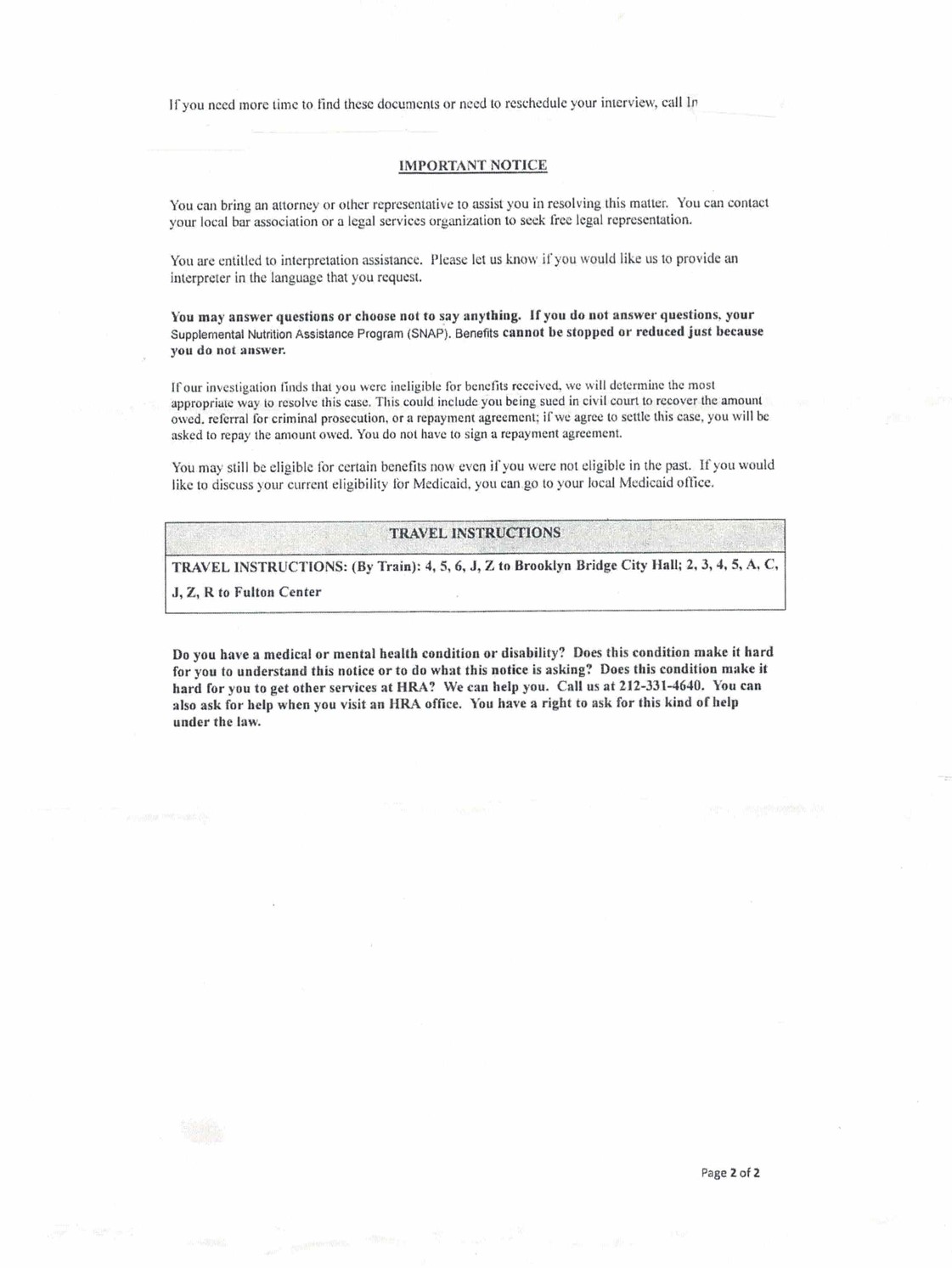 The consequences may vary depending on the outcome of the investigation. If the case has no criminal allegations, it may end up in full restitution of premiums paid on yours and your family during the time that you were ineligible for the benefits. Additional monetary penalties, including interest may be imposed on you after the investigation is complete.  If the case ends up in civil court the judgement can be attached against your assets and a lien can be placed on your real estate and personal property, including garnishments of your wages. In the worst-case scenario, if criminal charges are brought against you, you can end up with a prison sentence, lose your professional license or be deported if you do not are not a citizen.  You may end up with felony conviction and probation as well as large restitution.  Hiring the best criminal defense attorney specializing in Medicaid fraud is the key for winning the Medicaid fraud investigation case.

Choosing The Right Attorney For You