Like wine decanting, where the contents of a bottle are poured from one container to another, decanting a trust means that the contents of a trust are being transferred to a new trust, likely because the second one brings more advantages. Since by definition, an irrevocable trust is one that is unchangeable, decanting can serve as a second chance for your asset protection and provide you with an opportunity to switch to more favorable terms. 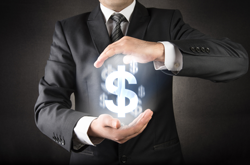 The Rise and Spread of Trust Decanting

Trust decanting was first documented in New York’s Estates Powers and Trusts Law §10-6.6 in 1992, but it only picked up traction as a widespread tool in the early 21st century. Today, 25 states allow the decanting of a trust. Thirteen of the 25 states are known for decanting trusts, some states allowing more flexibility in their laws to do so. Though the decanting of a trust does not always require much reasoning, as one could simply say “I would like to change it, because I don’t like the terms.”, some states still have restrictions. For example, six of the 25 states let a trustor remove mandatory income interest and seven states allow the trustor to decant a trust without giving notice to the beneficiaries first.

Appropriate Times to Decant a Trust

One might choose to decant their trust for a number of reasons. For instance, this process can help clarify statements in an outdated agreement. An unexpected change in the value of a trust’s asset may be a valid reason to decant a trust. Joe McDonald, a lawyer in California, faced such a case when he decanted a trust that was set up 25 years ago by a software executive. The trust was for the executive’s three children and originally held $50,000.00. More than a decade later, the company’s value had soared, and the assets had gone from $50,000.00 to $150,000,000.00. The father did not want his children to receive such a large amount of money at such a young age, so he was able to set up a trust that the kids would be able to access at an older age. The father was able to do this without notifying the beneficiaries at all.

Similarly, when beneficiaries of a trust pass away, making the new heirs those in younger generations, certain mistakes or provisions may be realized and decanting can fix these issues that arise. Furthermore, one might choose to decant if they have a special needs beneficiary and the existing trust could cause them to lose government benefits.  In such a situation, a support trust can be converted into a supplementary needs trust through the decanting process, thus ensuring their protection. In addition, decanting can allow for the division of one trust into multiple ones, or the combination of multiple trusts into a single one. The merging of trusts can be beneficial if they have common terms because this can reduce administrative costs and oversight. Likewise, if there is only one trust and each beneficiary has their own needs, it can be divided multiple ways to account for this.

Because both federal and state laws can affect the taxation on trusts, another benefit that comes with decanting is that the conversion of a trust into one that is governed by different laws can be more favorable from a taxation perspective. Trust decanting can also help protect the assets in the trust from the creditors of the beneficiary. A support trust can be transformed into a full discretionary one that will be exempt from the beneficiary’s creditors trying to tap into it. Furthermore, decanting a trust by transferring the enclosed assets into a dynasty trust could extend the terms of one’s will and push back the eventual taxation.

Inappropriate Times to Decant a Trust

One should only decant a trust when doing so would have a positive impact on the beneficiaries. Decanting a trust when not needed can cause multiple issues. In the 2017 case of Ferri v. Powell Ferri, Nancy Powell-Ferri and John Ferri Sr. were going through a divorce. John Sr. had developed a trust solely for the benefit of his son, John Ferri Jr. and requested that the two of them, the trustees, had access and the right to decant the trust, and that his ex-wife Nancy Ferri have no right, title or interest in the assets as a result. Although this was allowed at the time, the question of whether this action was contrary to public policy was left unresolved. Notwithstanding the benefit or harm the process could cause, one should only decant a trust when the previous rules of the trust are no longer sufficient to carry out the trustor’s and beneficiaries’ desires.

The Process of Decanting

If you have an irrevocable trust that you would like to make changes to, decanting may be the right move for you. The first step in this part of your estate planning process would then be to check the decanting statute of your state and see if, under it, your trustee has the right to make changes to it. If there is no statue in place, under common law, you still may be able to decant, though this way is not advisable. Should this be the case and you choose to proceed anyway, the next step would be to see if the term agreements enable you to place the irrevocable trust under a new jurisdiction with more favorable terms for you. If your agreement does not allow the switch, you can go as far as to petition for approval in local court. The third step would be to have your attorney draft and organize all documents that will officialize the decanting before lastly, you can transfer the assets.

If you believe that decanting a trust could be advantageous to you and you would like to explore your options, please contact the Law Office of Inna Fershteyn at 718-333-2394 or visit our website to schedule a consultation.