Missing is not as Good as Dead

According to Probate Court, when dealing with one’s inheritance, missing does not mean dead. Handling the estate of someone who is missing or who is presumed dead can be a lengthy process. 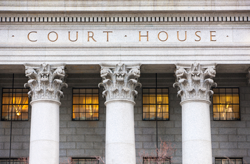 What to Expect When Handling the Estate of a Missing Person

In 2014, the number of actively missing persons in the U.S was 83,957, though the number is estimated to even be as high as 100,000. 60%, or 50,569 of those people, are adults, and their absence can cause a slew of legal issues. From an inheritance standpoint, questions begin to arise surrounding one’s assets. The rightful distribution of pensions, life insurance policies, land and more becomes unclear. Furthermore, if married with kids, questions surrounding their marital and paternal status surface. Succession rights and queries surrounding claims of their inheritance need to be taken into consideration as well.

The Process of Distributing Assets of the Missing

Distributing one’s assets when there is no confirmation of death can cause many legal problems if the person shows up after some time. Typically, after one’s ongoing and unexplained absence for 5-7 years, they may be presumed dead. In New York, the statute is only 3 years. Without one’s body as proof of death, court involvement will be needed to officially and legally declare someone dead. More often than not, until the statue of the given state expires or indisputable evidence is provided, they will say the person is still alive. However, a “specific peril of death,” as seen in 20 Pa. Cons. Stat. § 5701(c), is a provision that some states have which entails the court to declare a person dead even before the statute ends, given that the person was in an accident that would be impossible to come out alive from. As expected, should the person miraculously survive, various legal issues can arise.

Options for the Family of the Missing

If surviving family members successfully petition for the declaration of the death of the absentee after a significant amount of time has passed, their estate will be allocated as if they were deceased, provided that a few measures have been taken first. The missing person must be notified of the situation at hand, usually through publication. Though they likely will not read or see it, this step is necessary to validate the process. “Adequate safeguards concerning property” must be undertaken through provisions in the event that the person becomes legally present again. If one has resurfaced, some states mandate that whomever received the person’s assets must give them back entirely. However, in other places like Nevada, a petition can be filed after 3 years and after the 1 year window has passed that the missing person has to come back, their estate can be permanently distributed.

Additionally, remarrying after a spouse has disappeared requires specific provisions. For instance, under the statute of South Carolina, after 7 years have passed and an adjudication of the issue has been carried out, the missing spouse will be presumed dead and the surviving spouse is free to remarry without restriction, even if the missing resurfaces later.

Sometimes, the court can argue whether or not someone has really died. Reasons such as fleeing for criminal or financial reasons can be disputed. In their absence and on their behalf, the missing person’s creditors will be paid off by the administrators of their estate as if they were deceased. Any debts they have acquired will have to be paid off as well. Unfortunately for the absent person, this means there could be little to nothing that they can reclaim should they return years later. Following a return, probate court and a lot of paperwork is to be expected when trying to retrieve assets.

The Process of Returning Assets

If a person dies or is presumed to be dead, courts are not going to be very eager to disturb the settlement of property distributed via inheritance or devise unless there is a clear statutory reason to do so. In New York for example, the state does not have any statutes regarding how to handle the inheritance of a missing person, so attempting to retrieve assets will be anything but easy. In Virginia, Va. Code Ann. § 64.1-113 states that assets someone has received because the previously missing person was presumed dead must be returned, along with any assets that had not been distributed. However, if someone has purchased the property, they can keep it. Similarly in California, according to Cal. Prob. Code § 12408, a person who has reappeared may reclaim his assets which were not distributed. However, assets that have already been inherited can only be regained if less than five years have gone by and if the property is “equitable under the circumstances.”

Essentially, issues regarding one’s legal absence or presence and the rightful distribution of their inheritance is determined by the statutes of their state. Both distributing the assets of an absent person and trying to reclaim those of a newly present person can be part of a difficult process.