Dennis Kowalski, a husband and father of three, recently spent $140,000 to cryogenically preserve his entire family after they die, hoping to give them a chance at a second life. He is the president of the Cryonics Institute and a paramedic, and trusts that this method will give people hope that they will one day have another opportunity at life. 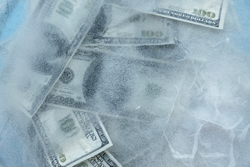 Ironically, a cryogenically preserved individual is considered legally dead. In fact, the process of cryonics starts by cooling the body of a legally dead person in an ice vat. Then, the client is moved to the company’s Michigan headquarters. The person’s blood is substituted with antifreeze solution and kept in a vaporized cooling chamber to prevent harmful ice crystals forming in the body. For about $28,000, the person is transported to a special storage container where they are held until the time comes for them to be awoken. So far, about 160 humans, 1000 tissue samples, and 100 pets have been seemingly successfully frozen. Approximately 2,000 additional people are signed up to be cryogenically frozen when they pass away. In Kowalski’s words, the participants have “little to lose and virtually everything to gain.”

The Start and Spread of Cryonics

The Father of Cryonics, Robert Ettinger, first introduced the idea in his 1962 book, The Prospect of Immortality. In it, he describes the procedure of cryopreservation, which includes cooling a person confirmed to be legally dead with liquid nitrogen in order to bring all physical decay to a halt. The aim is to preserve tissues, and organs, especially the brain. The brain must be the most well-kept component so that it is able to retain the individual’s memories and personality after death. Ettinger used his mother, Rhea, who died in 1977, as his first patient. He then died in 2011, at the age of 92, after which his body was cooled and put in a negative 371-degree Fahrenheit cryonic capsule.

As time has gone on, the appeal of cryogenic preservation has grown. Celebrities have started to take part in this craze and have shown interest in using it for their future interests. Simon Cowell, celebrity competition judge, and Larry King, actor and talk show host, have expressed their desires to be cryogenically frozen when they die. Ted Williams, a well-known left-fielder for the Boston Red Sox for about 20 years, made the conscious decision to be cryogenically frozen before he died in 2002. He was decapitated by surgeons, who then stored his head is in a can and his body in a steel tank, both filled with liquid nitrogen.

For people who believe they want to be cryogenically frozen, it’s important to preserve all assets they wish to have available to them after their revival. Similarly, they must consider the possibility that the revival is unsuccessful and thus have an alternate plan available for such a situation. It is crucial to discuss this with an asset protection attorney, financial planner, and elder law attorney in New York to ensure the stability of their finances and make necessary alterations as laws changes to prevent any new loopholes from impeding their goals. It is your life, therefore it is your choice what you want to do with your assets, where you want them to go, and how much you should distribute to different beneficiaries.

There are a multitude of ways to protect assets:

I. Trusts – A trust is a way to store assets or transfer ownership from the current owner (grantor) to the future owners (beneficiaries). Typically, the purpose of a trust is to ensure the financial stability of parties such as family members who are set to inherit the enclosed assets. Although this isn’t exactly the purpose of the trusts employed in cryogenic estate planning, using them for legal protection is vital during the process. It’s important to remember, for example, that once a beneficiary of a traditional irrevocable trust receives the assets enclosed in them, they cannot be forced to give them back to the grantor if they happen to be successfully revived.

a) Personal Revival Trusts – The cryonics patient cannot put themselves as a beneficiary of a typical trust, because by undergoing cryopreservation, that individual loses their legal living status. Personal revival trusts thus have more advantages than the patient care trusts, because they provide additional legal protection during the grantor’s time as a patient as well as after revival.

With a personal revival trust, it is possible for a cryonicist to still hold on to their assets by adding themselves to the trust. One method is to select themselves as a contingent beneficiary which will enable another beneficiary to modify or terminate the trust while still giving access to the cryonicist. The second method is that the patient’s restoration is considered a condition subsequent, which means that the trust is terminated, and the money is given to the revived patient. This gives the cryonicist the option to chose between a trust with an interim beneficiary or even a trust with no interim beneficiary, so the money can go to certain causes such as charities.

b) Patient Care Trusts – This trust focuses on the conservation and revival of cryonics patients in two ways. To protect the assets from third-party litigants, it transfers ownership of these assets to trustees. Additionally, these specific trusts protect the funds from being misused by the specific cryonics organizational company. Different companies have their own version of a patient care trust, each of which has to be carefully scrutinized with professional attorneys.

c) Cryonics Dynasty Trust – For an individual who hopes for revival, this trust is crucial, because it can be set up to hold portions or all of the assets available once they return. It begins with a Dynasty Trust, a generational trust which gives money or property to future groups. Modifications and improvements must be made to guarantee the trust’s validity, and it limits any beneficiary issues. For a cryonicist, it gives the patient time to be preserved for years, even centuries, so that they can still enjoy their assets once they are revived.

II. Will – A major step towards guaranteeing the protection of one’s estate after death would be to execute a Last Will and Testament. This will demonstrates the cryonicist’s intent concerning the distribution of their assets. This document would also be where a person interested in undergoing cryonics can express their wishes to be preserved in this way. It is crucial that your attorney is aware of your desire to freeze your body after death so that it is written in your will. If the first copy of your will does not mention it, another one must be created.