This past month, the House Ways and Means Committee has unveiled a new act aimed at modifying regulations surrounding the “Stretch IRA.” The “Stretch IRA” is a method of limiting required distributions on an inherited IRA, which can avoid a substantial tax bill in the process. Rather than naming a spouse as a beneficiary, the account holder may choose to name children or even grandchildren. As a result, the lifespan of the IRA will be stretched, extending the tax-deferred growth for possible decades beyond the life of the account holder. The Stretch IRA takes advantage of the fact that younger beneficiaries have smaller Required Minimum Distributions (RMDs) and as a result can lower the tax liability on the funds while the remainder of the inherited account will continue to grow tax-deferred and increase in value. In other cases, account holders may name their spouse the IRA beneficiary which allows them to access the inherited IRA in their name and acquire the Required Minimum Distributions at 70.5 years of age. The spouse will then have the authority to name a younger member of the family as the beneficiary which allows them to utilize the aforesaid “stretch” effect. 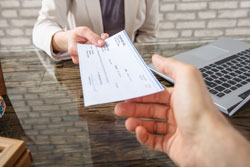 Recently, however, the Stretch IRA has received backlash for its ability to facilitate the avoiding of tax obligations for wealthy individuals, growing their estate in the process. Although there are other ways for wealthy families to minimize their taxes on family assets such as life insurance policies, gutting the “Stretch IRA” will likely reduce the possibility of wealthier families avoiding taxes on their retirement funds.

On March 29, Congress unveiled the HR 1994 bill to accelerate IRA distributions and taxes on inherited IRAS for other beneficiaries. The proposed legislation would accelerate the tax collection and push the beneficiaries into a higher tax bracket. Additionally, the stretch period would be reduced to ten years meaning the younger heir would have to take the distributions over the ten years. At the end of the ten years, the IRA would be depleted, and the taxes for the entire IRA would have to be paid. Due to this proposed legislation, the beneficiary would potentially have to pay significantly higher taxes than they would with the “Stretch IRA.” The recipient will also lose the ability to have their funds tax-deferred, which in turn would lessen the compounding effect of any interest that the money would earn.

Nonetheless, there are alternative strategies that IRA account holders can consider when passing the account to other beneficiaries if the proposed legislation permits. One option involves charitable remainder trusts which allow investors to leave assets to not only a charitable organization but to a recipient as well. This would allow the beneficiary to collect a stream of income from the assets for some time and then the charitable organization would manage the rest of the assets. Life insurance is another option which would allow beneficiaries to receive money tax-free without any complications. In conclusion, the new proposed IRA Stretch legislation would limit the stretch in efforts to reduce possibilities for wealthier account holders to avoid paying taxes and taking advantage of the retirement asset system.