Facebook Twitter LinkedIn YouTube Instagram Website Phone
Facebook Twitter LinkedIn YouTube Instagram Website Phone
The final results are in for the class of 2013: Bachelor’s degree
graduates are earning salaries that are 2.6% higher than they were in
2012. The average: $45,600. Though engineering majors still earn more
than grads with other degrees, with an average starting salary of
$62,600, their compensation dipped slightly from 2012, down 0.1%. Per
usual, humanities and social science majors had the lowest starting
salaries of seven majors tallied, at $38,000, but their paychecks
increased more than any other discipline since 2012, up 2.9%.
The data
come from the National Association of Colleges and Employers (NACE), a
non-profit group in Bethlehem, PA that links college placement offices
with employers. NACE gets its information from a compensation management
firm in Topanga, Calif., called Job Search Intelligence, which pulls
numbers from some 400,000 employers and from the Bureau of Labor
Statistics and the Census Bureau. In September, I last reported
on NACE’s 2013 salary survey, which included data collected through
April. This latest survey is a final tally with updated numbers from
November.
Computer science majors make the second-highest salaries, at $59,100,
but like engineers, their salaries slipped a bit from 2012, down 0.2%.
The third-highest-earning major: business, at $55,100. That salary is up
2.3% from 2012, the second-highest jump after humanities majors.

This chart shows the average salaries in each discipline with the change since last year:

While the starting salary news is good for most grads who have found
jobs, the overall employment picture is tough. NACE runs an employment
survey from February through the end of April that asks students whether
they have found work. In 2013, only 29.3% had landed jobs prior to
graduation. NACE also follows up post-graduation with a survey that asks
recent grads whether they have landed a job. In 2011, the last year it
compiled figures, NACE reported that 59% of grads had found jobs 6-8
months after graduation, meaning more than 40% were unemployed. This
year that figure may be higher. In April, the Associated Press reported
data it had gathered from government sources showing that 53.6% of the
class of 2012 were jobless or underemployed 10 months after graduation. 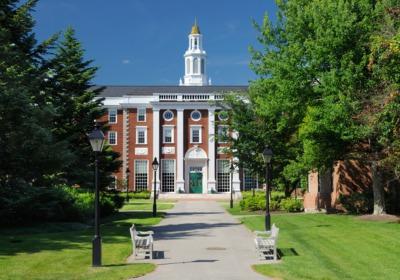 Though NACE doesn’t do a post-graduate survey showing
employment rates by major, it released a survey in November showing
which majors in the class of 2013 had gotten at least one job offer. Not
surprisingly, the highest percentages roughly match the high
compensation in the salary survey. Some 69% of computer science majors
had gotten offers. Economics majors came next, at 62%, with accounting
at 61% and engineering at 59%. Not surprisingly, liberal arts majors
fared worse with 40% of history majors getting offers, 33% of English
majors, and at the bottom, 28% of visual and performing arts majors.
Source: Forbes.com