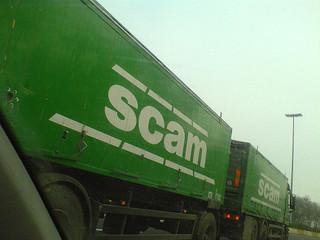 We are being inundated by news stories of fraud
perpetrated against numerous government programs.  The feds themselves
put Medicare and Medicaid fraud at approaching 10 percent of the programs’ budgets, or about $100 billion a year for the two programs.  And I’m betting that’s on the low side.
And yet instead of solving this problem, President Obama harangues
the country, and especially Republicans, for being unwilling to throw
even more money at the federal government’s Fraud Fest.
Let’s review some of recent stories.
Medicaid — There’s so many Medicaid fraud stories it’s hard to
choose the “best.”  Perhaps the most egregious, though far from being
the most expensive, is a December Wall Street
Journal story explaining that “the Manhattan U.S. attorney accused 49
current and former Russian diplomats of participating in an alleged
scheme that garnered nearly $1.5 million in fraudulent Medicaid
benefits.”
The diplomats are charged with underreporting their incomes so they
could qualify for Medicaid.  The story says that over the last decade 92
percent of New York-based Russian diplomats’ childbirths were paid for
by Medicaid, a program created to cover poor U.S. citizens.  So highly paid foreign diplomats are allegedly having babies at U.S. taxpayer expense.
Several years ago the New York Times ran a series on Medicaid fraud wherein one New York City official estimated that about 40 percent of the city’s Medicaid expenses were fraudulent. And yet the problem still isn’t under control.
Long Term Care — While we’re on Medicaid fraud, let’s include
Medicaid’s program to cover poor seniors in nursing homes—at least,
they’re supposed to be poor.  American Enterprise Institute adjunct scholar Mark Warshawsky recently wrote in the WSJ
that Medicaid pays for about two-thirds of the elderly’s long-term care
costs.  That money is meant for poor seniors, but many seniors in
nursing homes have significant assets in homes—up to $802,000 worth in
some states—cars and savings.  Indeed, there is a legal specialty known
as “elder care attorneys” who help families hide grandma’s assets so she
can qualify for Medicaid.
Medicare — Last week the Miami Herald ran a story about a South Florida woman found guilty of Medicare scams costing taxpayers $20 million.  In December a Houston doctor was charged with defrauding Medicare of $158 million, involving false claims for mental health treatments.
Earlier stories explain that Italian, Russian and Nigerian mobsters
have moved in to Medicare fraud because it’s so easy, lucrative and, if
you get caught, lighter jail time.  That’s why when CBS’s 60 Minutes covered Medicare fraud a few years ago one of the criminals who had been caught boasted he had been making $20,000, $30,000, $40,000 a day!
Unemployment — Obama and the Democrats are pushing hard for an
extension of long-term unemployment benefits, making one wonder if they
just like to throw away taxpayers’ dollars.
The U.S. Department of Labor recently released a report claiming
that there was some $7.7 billion in “improper” unemployment benefit
payments in 2013.  Among the most fraud-ridden states, Nebraska wins
with an 18 percent improper payment rate, followed by North Carolina
(17.5%), New Jersey and Louisiana (16%), Maine and Ohio (14%).
Why are Republicans and conservatives heartless for not wanting to
expand these fraud-ridden programs, while Democrats are compassionate
for letting your hard-earned tax dollars be stolen by the fraudsters?
Source: Forbes.com