An issue which plagues the public medical system is Medicaid fraud, with dentistry being no exception to the problem. To counteract this public crisis it is imperative that it be reported; this not only stops the present case of fraud, it also discourages further fraud by either the perpetrator (only relevant if their medical license is not revoked for their crimes) or discourages other dentists from committing the act. To provide a proper definition under the Federal False Claims Act (“FCA”), any dentist who submits claims to Medicaid for unnecessary treatments, requests Medicaid payments for services not provided or uses substandard equipment or treatment methods on patients covered by Medicaid in order to profit from some of the Medicaid funds, is subject to FCA liability. 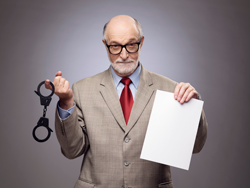 Report the Instance to the Organization

There are multiple methods of reporting fraud with the first and perhaps most obvious being to report the fraudster to the respective supervisor of the organization in which it is occurring. The benefits of the method may nip the situation in the bud and keep things internal and without causing much fallout, but may also not always be effective as fraud is often committed by more than one person, and there is a good chance that if one dentist is engaging in illegal practice, the rest of the organization may too be complicit and here complaints would be futile.

Report Fraud to the Government

The most effective method would likely be reporting the fraud directly to the government itself. This not only brings the issue to those who can do the most, but it also can bring a sizeable award to the reporter. Depending on the amount recovered, those who bring forth Medicaid fraud to the government are liable to receive a portion of the damages repossessed. But beyond the money to be possibly made, by reporting this to the government, the issue will not be sidetracked as A: Medicaid is a government entity and they place great emphasis on this issue and B: the government is the one who does the prosecution and penalty process so this is bringing the horse directly to the stream.  Visit the Centers for Medicare and Medicaid Services’ to learn more information about reporting the flagged instance. You can also visit ag.ny.gov to report the instance directly to the office of the Attorney General.

Proper Reporting Can Help Put An End to the Problem

This issue must also be combated as many states in today’s times face either a lack of funding or function on vast deficits, so fraud exacerbates the existing money problem. This is also problematic as by making fraud easy to get away with, a wrongful incentive is created for dentists to run scam mills rather than provide necessary medical procedures.  If we are to reform medicine in this country we must start with that which affects the lower classes as they are the ones in greatest need of proper treatment. This is not an issue in which the everyday person cannot be of service; proper reporting can put end to this scourge one case at a time. Patients and especially employees can report clear instances of Medicaid Fraud. Only people can spot the problem and be the solution. If you or a loved one have witnessed a case of dental Medicaid fraud, be sure to report it to the appropriate authority, be it the organization or the government, to help bring justice to the taxpayers who fund the essential public program.