The executor’s role can be complicated by distribution of unique assets that the deceased individual’s last will does not account for. One example includes seasonal sports tickets. In such instances, family members often inquire about the status of a seasonal pass after a loved one has passed away. Sometimes, a battle arises between family members over the possibility of inheriting these passes, and if it exists, there may be a debate on who gets to acquire them. After all, what sports fan wouldn’t want to get a perfect eye-view of multiple games? In fact, some high-viewership games such as a Duke University men’s basketball game are so popular that attendees are required to make significant donations before they are put on a seating waitlist. To figure out the rightful inheritors of a sports pass, the executor takes the first step in determining whether the deceased individual owned season tickets or seat licenses. 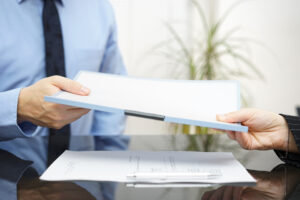 Season Tickets are Considered to be a Contract

A season ticket serves as a contract between a sports team and the purchaser. The team may establish any terms it wishes on this contract. In most cases, teams limit how ticket holders can transfer their season tickets and to whom they can be transferred both during and after their lifetime.

How Season Tickets Can Be Left After Death: Transfer Forms

Season tickets are categorized as a unique asset because they cannot be accounted for in writing through a last will or living trust. Some sports teams provide an official transfer form to avoid further complications. If the ticket owner fills out a valid transfer form, it serves as a substitute dictating the terms of the tickets’ distribution.

Restrictions on Who Can Inherit Season Tickets

The Minnesota Vikings and San Diego Padres, for example, request a copy of the deceased’s death certificate before permitting the surviving spouse to obtain ownership of the tickets. On the contrary, the Denver Broncos list more lenient regulations and permit transfers to a spouse, parent, sibling, or child. Only the executor may sign the transfer form and must prove the new ticket owner is truly an immediate family member. If the tickets are not transferred to an immediate family member that qualifies under the team’s regulations, the team reclaims them.

Seat licenses, in contrast to season passes, are considered to be an asset that fans can own and transfer to anyone of their choosing. An owner pays a large sum for a license to obtain a reservation over select seats in the arena. As a result, the owner has the right to buy season passes each year. The Chicago Bears, New York Jets, and Pittsburgh Steelers, for example,  offer such licenses. In most scenarios, the owner owns the seat indefinitely and has total diction over its allocation. Unlike a season pass, a seat license can be accounted for in writing through a last will or living trust. However, if the deceased individual fails to account for this asset in their will, the terms will be ascribed under the residuary clause.

Gift of the Residuary Estate

A residuary clause provides terms for assets that are not specifically left to a beneficiary. In some instances, individuals may have leftover assets even after all gifts and donations have been distributed to appropriate entities. In many scenarios, a will does not mention any accommodations for these assets. As a result, all unaccounted assets are distributed under this clause.

When drafting your last will and testament or planning your estate, it is important to account for all assets. Season tickets and seat licenses for sports games are rare assets owned by select individuals. However, if you know that you hold this asset, it is important to stay well informed on the difference between a seat license and a season ticket in terms of estate planning.

For further estate planning information, please contact the Law Office of Inna Fershteyn at (718) 333-2394 to receive the most highly qualified legal advice.