In a follow-up to the article I posted last week on Women in Wall Street, a human-interest story on shifting gender roles in the workplace, I would like to share some hurdles I observe that still exist for professional women. As a female lawyer who handles Employment Law cases for accomplished, high profile clients, I have attained an insider’s perspective on woman’s adversity in the bureaucratic domain. It is a world far different from my own work environment. There, I may face aggravations that pertain to my cases, but I am in charge. I maintain control of my space and my schedule, and I ultimately answer to no entity but the court. 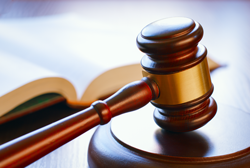 Few things outside of a last minute court order, could make my professional life a living Hell. Unfortunately, this is not so for many of my female clients. I meet women from all walks of life, especially in the medical field, who have suffered at their job from the refined new face of sexual harassment. For more than thirty-five years, the law has officially ruled in our favor concerning this issue. The first official shift came in 1976 as a result of Williams v. Saxbe’s ruling, “The humiliation and termination of a female employee by her male supervisor because she rejected his sexual advances, if proven, would be a sex discrimination…” In 1974, only two years previous, a male boss was within his right to approach and lash out at female subordinates who rejected his advances. Blatant sexual favoritism has been outed for the subjugation it is and has for the most part disappeared.

What I find women experiencing now masquerades as an insidious breed of office bullying, one with a consistent origin story and subsequent pattern of systematic destruction shared between its victims. Women who come to me do so only after a drastic change in their lives: they have often been fired from their jobs, or been forced on temporary disability by a stress-related illness. In most cases, trouble at work started sometime after an altercation with a male supervisor that resulted from “minor” or “borderline” inappropriate contact. From this point, the stories I hear bring to mind the fabled jumble of cries, “It’s a bird!”, “It’s a plane!”, “It’s Superman!”.  Anonymous observers in a crowd all spotting the same aberration, so out of place they are unable to say precisely what they witnessed.

Like these fictitious onlookers, most women suspect they have been the victims of Sexual Harassment, but are unable to say exactly how. She knows that he yells at her unjustly, but his eyes no longer rove the contours of her uniform. All she is certain of, women tell me, is that for the past month, five months, two years, her cantankerous shift manager has done everything in his power to damage her reputation and undermine her professional integrity. When a man verbally berates and attempts to dominate a female coworker to the point of incurring professional defamation or chronic health decline, it is a form of sexual harassment.  This tactic of harassment subjects women to a “hostile environment,” as defined by the Equal Employment Opportunity Commission (EEOC) and is a punishable violation of Employment Law.

To create a “hostile environment” cuts to the root cause of sexual aggression, which is not lust but anger and resentment. Women now experience the secondary effects of their colleagues’ thwarted intimate overtures.  He may never touch her again after the first time, but he will persecute her through insidious means that tear at her sanity piecemeal. Should a woman become pregnant,  for example, he may force her to work insane hours to prove she is unfit for her position. His actions can go unchecked for decades because the perpetrator does not believe he is in the wrong.

Thanks to the fundamental progress in our court system, women who are sufficiently observant can take legal action against these men if the facts are in their favor. We can punish, but can we prevent abuse of Employment Law? I believe the answer is Yes, eventually. As more people identify patterns of malevolent unprofessionalism and respond to the misconduct accordingly, we will come out of our grey zone, into a more just era.