A prenuptial agreement, or prenup, is a written contract created by two people before they get married. Prenups usually include debts each person may have, properties owned by both people, and rights both people will have after marriage. If the married couple has kids, a prenuptial agreement will also include how the couple would like their kids to be dispersed amongst themselves. Although prenups are usually written to handle potential divorces in the future, they can play a pertinent role in property management in the case the spouse dies. 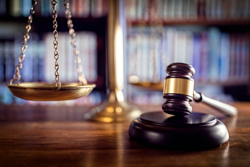 What Is a Will?

A will is a legal document that specifies how a person wants their property to be handled after their death. Unlike prenuptial agreements, wills specifically deal with the event of someone’s death. Additionally, wills only apply to the person that wrote the will, unless it is a joint will, which combines two spouses’ will and last testaments.

Which Document Takes Priority After a Death?

Of the two documents, a prenup is the one more likely to take priority, assuming it was negotiated fairly, after the death of spouse. Although one of the spouses may have died, the prenuptial agreement is still binding if the other party to the agreement is still alive to receive the property. Prenups may also include forum selection clauses. This declares which state laws will apply should the agreement be opposed. In essence, the surviving party of the prenuptial agreement can have the prenup enforced in any state that recognizes the legitimacy of the agreement. Wills, however, cannot contain those clauses.

When A Prenup Will Take Priority

A prenup is more likely to take priority if it contains a few specific clauses. As mentioned above, a prenup should state which law should be applied for the document to be interpreted, in the case that the spouse died in a different state from which the prenup was created. Otherwise, the law in the state where the spouse dies will have authority over whether or not the prenup takes priority over the will.

Does a Will Ever Take Priority Over A Prenup?

What Happens If a Person Dies Intestate?

If a spouse dies intestate, meaning without a proper estate plan in place, the prenup will not just take priority over the will, but it may also be used to distribute their estate as well. This could also occur if an existing will is found to be invalid. In most cases, the probate court will apply state law to determine who receives the property left by an intestate person. However, since the prenup was created while the spouse was alive, the court will likely decide to use the prenup to distribute the assets in the estate. In this situation, a prenuptial agreement is also allowed to override state law, even if a will could not do so. For example, most states will not allow a spouse to completely write their spouse out of their will, but may allow a prenup to leave the entire estate to someone other than the spouse.