On August 8th, Jeffery Epstein signed his will– and then committed suicide two days later. Epstein, a financer and registered sex offender, was being held in a Manhattan jail cell based on sex-trafficking and conspiracy charges that were brought against him by the federal government. It is no secret that Epstein was a wealthy man and according to his will, his estate is valued at over $577 million. That raises the question as to who will have a claim on his assets, as well as how his alleged victims will be compensated. 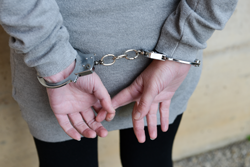 What Estate Planning Documents Does He Have?

Epstein filed his will in the U.S. Virgin Islands where he claimed to live permanently. He created a pour-over-will, which essentially transfers all of his assets into a private trust. He listed the two executors of the trust to be Darren K. Indyke and Richard D. Kahn, who are his former colleagues, and named the document “The 1953 Trust”. There also are no beneficiaries named in the trust, however, it is assumed that his brother, Mark, who is Epstein’s only living heir, will end up as the beneficiary. Since this specific type of document allows for anonymity of the trustee’s assets, what is in the estate will not be made public. However, unlike the trust, his will is considered to be a public document. With a will, the probate process must occur before any assets can be transferred into a trust and distributed to the beneficiaries. In Epstein’s case, the courts have to decide how they want to proceed with the multiple lawsuits against Epstein first.

Clearly not your average man, Epstein had residences in New York, Florida, New Mexico, and Paris. However, he listed in the will that his permanent residence is in St. Thomas in the U.S. Virgin Islands. Domicile, which is where one permanently resides, is very important in deciding which jurisdiction will have control over the estate. His residency must be proven in probate court with some form of documentation such as a driver’s license, tax returns, or even time spent in a specific jurisdiction. It is believed that he has been claiming the U.S. Virgin Islands as his domicile for quite some time, which may make it easier to prove his residency in a courtroom.

The Validity of the Will

As with all estate planning documents, proper execution must include a present witness, or the entire will may be considered invalid. In this case, the will signing had two witnesses: private attorneys Mariel A. Colón Miró and Gulnora Tali. Aside from having witnesses, validating a will requires evidence that the testator had the mental capacity to make certain decisions, a decision that is evaluated by the probate court judge. If the will is considered to be invalid, either due to proven incapacity or any other reason, Epstein’s entire estate will go to his brother, who will still have to pay off creditors claims and lawsuits.

Are His Victims Entitled To Anything?

The alleged victims that have brought a criminal case against Epstein to court are entitled to some form of justice. Since Epstein took his own life, there can no longer be a criminal trial, but there can be civil lawsuits. In this case, it may be easier for the victims to prove that they were assaulted, since the concept of “beyond a reasonable doubt” only applies to criminal cases, and in general, civil suits have somewhat of a lower bar for proving that someone is guilty. The best possible outcomes for these victims, at this point, is to receive monetary damages from his estate. However, the order in which the assets will be distributed varies upon the laws of each state, which means that nothing can be resolved until the question of jurisdiction is resolved.

How Long Will This Take To Resolve?

Due to its complex and high-profile nature, this case can take many months up to several years to reach an end. There are multiple steps that have to be made to first understand who is the executor of the will, and only then can it be decided what assets get distributed where and to whom. It’s a fair assumption that it will take a decent amount of time for justice to be served.