The spotlight on Britney Spears’ fight to end her conservatorship has turned a public eye on a fraught and urgent situation. The pop star requested to end the ostensibly oppressive legal arrangement under which her father controls all of her finances and personhood. For the past thirteen years Spears has been forced to abide by the terms of the conservatorship—and though the particulars remain muddled for now, they are extensive and preclude her from making any decisions without the approval of a conservator. The implications of Spears’ case are alarming: more than just a pop-culture issue, it is one of ethics that highlights the belief in all individuals’—whether they be disabled or not—right to self-determination. 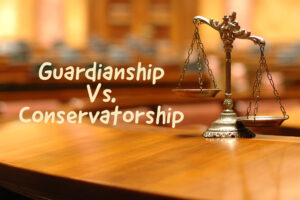 A conservatorship—called a guardianship in most states—is typically assigned to individuals deemed incapable of managing their own affairs (i.e. the sick and elderly, those with a severe cognitive disability such as dementia). The court rules that because of a disability, the individual can no longer support their own livelihood or wellbeing and, consequently, transfers the civil liberties of that individual onto another person—the conservator. This arrangement is designed to protect and ensure the safety of the incapacitated person. As long as the agreement was entered freely and not undertaken against the individual’s will, conservatorships can be a form of lifesaving support.

But it is also important to recognize the risks and harms involved in a conservatorship, one being the lopsided power dynamic of a conservator-conservatee relationship which makes the conservatee highly vulnerable to abuse by the conservator. A conservatorship is an extreme measure that, once imposed, is usually permanent. It is, in a sense, a complete cessation of one’s rights and privileges; conservatees are no longer able to seek and appoint their own legal counsel unless the conservator grants them permission. This makes it difficult to exit a conservatorship, and thus should only be instituted when it becomes absolutely necessary, as a last resort.

It is highly unusual for someone like Spears, who has attained tremendous financial and career success, to enter a conservatorship. Although the court has determined that she is incapacitated, the facts impugn otherwise: Spears performed at hundreds of concerts, made guest appearances on television shows, put out records, and juggled motherhood. Her ability to handle the above indicates that she is a fully functioning and competent adult, capable of managing her own endeavors and making her own decisions. Making irresponsible and poor decisions is not enough to deem incapacity in an individual; rather, the term strictly applies to those who are incapable of making reasonable decisions in regards to their health, finances, and other high-stakes affairs.

But even if the state of Spears’ mental health were dubious, there is no reason to keep the arrangement sustained when she so vehemently opposes it. A disability should not preclude one from the right to exercise one’s liberties to the greatest extent possible, nor should it prevent one from having one’s considerations and claims taken seriously. To force Spears into a permanent conservatorship when she has repeatedly protested against it is to strip her of her civil rights and sovereignty. It means denying her the possibility of recovery and reclamation of her personhood, and relegating her to a life of submission and control.

Conservatorships are used to protect the best interests of an individual, and are supposed to align as closely as possible with the wishes and needs of that person. In the case of Spears where her rights are suppressed, this idea of control circles back to the question of would Spears be treated the same if she were a man? Or does her status as a female allow dismissal of her concerns, as is so often done to women? Spear’s struggle for independence and autonomy is a pressing reminder of the ways in which self–determination is sometimes subject to limitations under the law.

For all of your conservatorship/guardianship planning needs, please contact the Law Office of Inna Fershteyn at (718) 333–2394 to ensure a well balanced and ethical relationship.