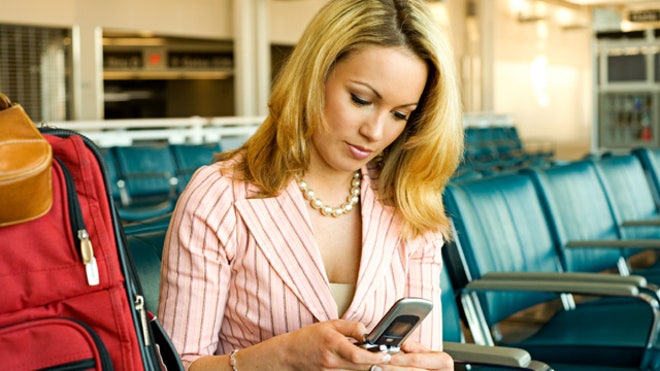 We do a lot of things on our smartphones: we shop, text, bank, post pictures, order food, find directions, get news and stay connected with friends and family. And now, in some states, you can add “create a will” to the list.
If you find yourself in a life-and-death situation and grab your phone and quickly type a text message that begins, “This is my last will
and testament….” followed by who you want to receive your most- prized possessions and end the message with your full name and press “send” is this a valid will?  Will your wishes be carried out?
The answer is: probably.
Last fall, an Australian named Karter Yu committed suicide immediately after texting his wishes and good-byes to a few individuals
with whom he was close. The Queensland court upheld his will as valid.
Wills have been around for more than 2,000 years and are older than the scribes, regulations, county clerks, lawyers, typewriters, laptops and all of the rigmarole that has been attached to the process over the centuries–presumably with good intentions. After all, you don’t want the dead to come back and haunt you if you don’t divide their earthly possessions in accordance with their wishes! (Plus, there’s the matter of collecting inheritance and estate taxes depending upon who receives a bequest.)
Decades before  electronic documents were imagined, many states revised their inheritance laws to accept wills that were videotaped. So it’s a natural evolution that they would accept wills transmitted via cyberspace. Except that’s not always the case. Some states, New York for instance, still insist on doing things the old-fashioned way.
Attorney Bruce Steiner with the New York City firm Kleinberg, Kaplan, Wolff and Cohen

know this first-hand. However, he says if you live in one of the 18 states that have adopted the Uniform Probate Code

(UPC), they are much more flexible about accepting unconventional wills, provided they meet basic requirements.
The first hurdle is proving that the individual intended it to be his/her will.
In the case of  Yu, Steiner says he took several critical steps:
1- After writing his will, he typed his name at the bottom.
2- He wrote farewells.
3- All of his messages had a time and date stamp proving they were completed just before he committed suicide.
According to Steiner, it’s not enough to simply state “this is my will.” Someone could argue that it is just a draft you were working on.
However, in Yu’s case, “since all of the texts were written and sent at approximately the same time, this lent credibility to the fact that he intended this to be his final will and testament,” Steiner says. Moreover, if it was just a draft that he intended to refine later, he
would not have signed it. Nor would he have killed himself immediately after sending it.
Despite the fact there were no witnesses attesting to his intentions, Yu’s iPHone message was accepted as his will. “Plus, presumably no one contested it. That helped a lot,” according to Steiner. When it comes to a will’s validity, it literally comes down to location, location, location.
Traditionally, a will is signed in a “public” ceremony, meaning two unrelated individuals witness the signing and then attest to this in
writing. Witnesses are critical if a will is contested. They will be called upon to testify that the decedent did, in fact, state that this
was his/her will and signed the document of his/her own free will.
Electronic wills- which have no witnesses- have a better chance of being accepted if you are in a jurisdiction that has relaxed
formalities.
These days, since many of us are comfortable with creating electronic documents, it’s tempting to simply write your own will. “It’s not an approach I’d recommend,” cautions Steiner. “If you are attempting to create a will in an unconventional fashion, you might not think of things a lawyer would.” Still, he understands that if you don’t own many possessions or real estate and you live in a state that has adopted the UPC, you might be fine creating your own document.
Even if you are not expecting to die soon, you can still create a will, says Steiner. He suggests you put it in a folder marked “Please
Open Upon My Death.” Include other documents such as a farewell note,wishes for your funeral, passwords to your online accounts (so that these can be closed) and other pertinent information.
If your will is online, electronically sign the document. While you won’t have witnesses, you can make your wishes “public” by attaching the file and sending it to others. “The best person would be your executor,” advises Steiner. You might also include your spouse, children or other appropriate individuals.
However, according to Steiner, this is “not necessarily the best way to do it. You’re better off printing the document, signing it in ink and having two witnesses sign.” Moreover, if the assets involved are significant, “there are tax-planning and asset protections issues” you might need an attorney to handle.
Nonetheless, it’s comforting to know that in an emergency, texting or emailing your will just might be enough.

After hours of searching for an estate planning attorney for my parents, Inna clearly stood out - her reviews (of which there were hundreds of 5 star reviews) were amazing, and I knew that my parents would be in good hands with her.

Immediately upon arriving to the office, Inna’s assistant brought us into a private room, where she explained the trust and healthcare proxy documents to my parents and I. She was incredibly accommodating and answered every question we had with perfect clarity, in both Russian and English. Not long after, Inna joined us in the room, and we instantly knew that we had made the right choice in choosing an estate planning attorney.

Not only was she bright and sharp-witted, but also made the estate planning process entertaining (which we didn’t think could even be possible!) with her bubbly personality and her charming sense of humor. She not only answered the remaining questions we had, but directed us to her personal banker for our trust. By the end of the conversation, it almost felt like we had known each other for years - it was such a warm and welcoming environment that my parents didn’t want to leave. I know that they are in great hands with her and couldn’t have thought of a better attorney that I would’ve trusted with my parents’ futures. Inna is absolutely amazing! If I could give more than 5 stars, I would! Just look how happy my mom is in the attached picture (you can see it even with the mask)!

Without the help and expertise of Inna, I know that my family would not have such an efficient and headache-free will planning experience. Ms. Fershteyn guided us through the entire legal process and took the extra time to communicate and explain everything to us. She was very patient with us and worked tirelessly to make sure that everything was perfectly arranged in the way we wanted. She was responsive to all of our questions and did her best to accommodate us when we had requests.

Not only is Inna a great attorney, she can also be a super funny person! She made sure to get to know us on a personal level and made sure we were cared for when we were in the office. I can’t recommend Inna’s Law Office enough and I will continue to retain them for all legal matters that may arise as I know I am in the best hands.

I’ve known Inna for 20 years. She is the best. Honest, great, loyal and really great professional. Highly recommend, she is an attorney send by God