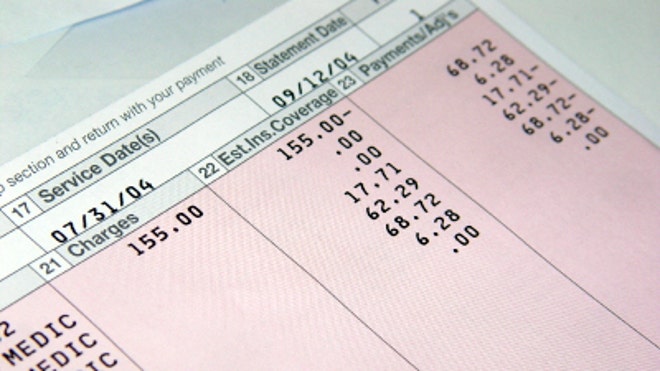 How to Spot Medical Billing Errors.Blame it on human error, the
complexity of billing codes, or unscrupulous medical professionals, but
one thing is for sure: medical billing mistakes are a common occurrence.
In fact, some estimates claim as many as eight in 10 medical bills
issued by hospitals contain an error, costing consumers and insurance
providers thousands of dollars every year.
“The errors that are being billed to the health-care payers, whether
intentional or unintentional, are increasing due to the complex billing
system,” says Pat Palmer, founder of Medical Billing Advocates of
America in Roanoke, Va.
Medical billing experts explain hospitals across the nation use one
universal billing system to charge patients and insurers. The system
doesn’t provide an itemized list of the expenses on a bill, but rather
lump sums under particular headings. The lack of an itemized bill makes
it easy for mistakes to go unnoticed.
“Insurance companies don’t tend to ask for an itemized statement
unless its $10,000 or more,” says Cyndee Weston, executive director of
the American Medical Billing Association, in Oklahoma City.  She
recommends consumers always request an itemized bill. “You won’t know
what all those miscellaneous charges are that make up that one fee.”
To combat errors, experts recommend combing over itemized bills to spot duplicate or unwarranted charges.
Lisa Zamosky, health reform expert from WebMD, says some of the most
common errors include longer stays in the hospital, tests or doctor
visits that didn’t occur, or duplicate charges that should be already
factored into the price of a hospital room.
According to Palmer, it’s common for a hospital to charge two or
three times for the same thing. She says patients entering an operating
room  are paying anywhere from $60 to $200 a minute depending on the
procedure, but that per-minute charge doesn’t only cover the patient, it
also covers all the costs to operate the OR.
However, it’s not unusual for a patient to be charged for a surgical
kit and tray and then also be wrongfully hit with a separate charge for a
knife or other instruments. “First and foremost, any payer should
require a detailed itemized statement,” says Palmer. “Everybody is
entitled to one…the hospitals don’t voluntarily hand them out.”
Zamosky adds that another way to help spot errors is for patients to
review their explanation or benefits of EOB from the insurer. The EOB is
a document consumers receive from their insurance provider that
explains what was charged to the company and what will be covered.
Zamosky says the EOB should match the doctor’s bills and with what
actually happened during the visit. “Check the EOB to make sure you are
getting the rate your insurer has negotiated with in-network providers,”
she says. “That’s especially important now that more of us have high
deductible plans.” If the amount an insurer paid is the same as the
amount the plan allows, it’s likely a patient didn’t get the negotiated
rate. In that instance, patients should request the insurer reprocess
the claim.
Consumers who find mistakes on their bill should call the hospital,
doctor and insurance provider right away. If they don’t get anywhere on
the phone, put the situation in writing and mail it to all the concerned
parties. Most of the time, if an error is an honest mistake, a phone
call to the billing department will correct the situation. However, if
the situation becomes dragged out and not fixed, it might be time to
enlist a health care advocate to dispute the charges,
“You need to investigate those bills regardless of it you have
insurance or not,” says Palmer. “Don’t be intimidated. Question the
charges.”