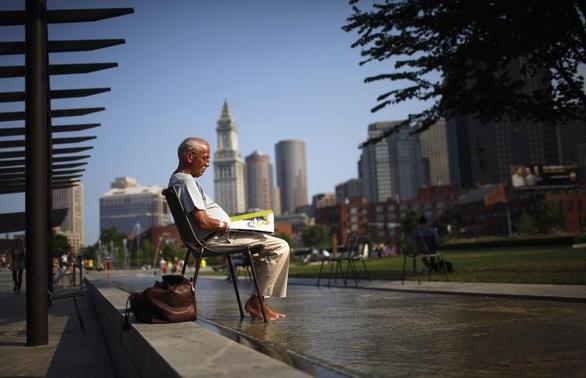 For many single
or childless individuals, the question of how to distribute their
worldly wealth after they die is wide-open and complicated. A charity?
Alma mater? Distant nieces and nephews? A cat?

And who will take care of making sure dying wishes are fulfilled?

This
dilemma faces not just the 17 million unmarried Americans over 65 who
are retired or putting their ducks in a row for retirement. Charitable
foundations and financial advisers report that an increasing number of
young people are facing these decisions before they are married or have
children. That is especially true for tech entrepreneurs who, for
example, come into a large amount of money from stock options or the
sale of a start-up business.

“There
are definitely more young people coming in than 10 years ago,” says
Mari Ellen Loijens, chief business, development and brand officer for
the Silicon Valley Community Foundation, which granted $367 million in
2013 and is handling the disbursement of a $1.1 billion donation of
Facebook stock from Mark Zuckerberg. “There’s been a real shift in the
dynamic.”

Case in point is Jeff
Kolesky. The 37-year-old software engineer for San Francisco-based
OPower Inc says he values the examples that people such as Zuckerberg
and Bill Gates have set with their giving.
“For
me, I’m not going to be giving away that kind of wealth, but I take
value from donating to charity now and not when I’m dead,” Kolesky says.

When
it comes to charitable planning, financial advisers say it is not about
how old you are but how rich. If you have $100,000 or more, you do not
want to die without a will or estate plan and leave it to a
court-appointed executor to decide what happens to the assets you leave
behind, says John Pettee, a trust, tax and estate specialist with
Charles Schwab’s private client division.
“We
say to people: ‘If you do nothing, your money will go to the state. Is
that what you want?’ That’s enough to make them want to consider
something else,” says Andrew Russell, a certified financial planner in
San Diego.

You also have to
consider your healthcare directives and who should manage your affairs
should you become incapacitated in an accident or because of illness. A
person needs a line-up of contingency names to put on legal forms, and
all of those people need to be aware of your desires for medical
intervention.

What generally keeps people – with children or without – from estate planning is that they do not want to face their mortality.

“People
don’t like to talk about death. If you add on top of that they do not
have a child who would be a natural heir, they really don’t want to deal
with it,” says Kevin Ruth, head of private wealth planning at Fidelity.

One
route to make the process easier is a donor-advised fund, offered by
brokerage firms such as Fidelity, Vanguard and Schwab and charitable
foundations. These act like mutual funds designated for charitable
giving and allow an individual to make a one-time or ongoing
contribution through the institution, alleviating many fees and
paperwork requirements.

Donors can
designate the funds to be distributed right away or can direct grants
later. Amy Danforth, president at Fidelity Charitable, says most donors
grant their money within 10 years
.
Kolesky
chose that option late last year shortly before OPower went public.
After watching friends deal with tons of paperwork to create their own
charitable giving structure after an IPO, Kolesky opened up a
donor-advised fund through the San Francisco Jewish Community
Federation.

His rationale? It was a
well-known entity, the set-up was easy and he has a lot of flexibility
to make grants once he is ready. Plus, he gets a tax benefit, because he
can claim his donations when he makes them, not when the money is
granted to charities.

“It gives me
an opportunity to put money away without thinking immediately about
where it will go,” Kolesky said. “It will create a nest egg of
philanthropic, and, in the future, I can give a more impactful amount of
money.”

People now give just about
anything they can assign a monetary value, from unsecured stock options
to art and even bitcoins. That helps young tech workers because they
can give away some of what they have today, keeping with the principles
of the Giving Pledge made by some of the world’s wealthiest people,
including Gates and Warren Buffett.

“They don’t want to delay until 20 or 50 years down the road,” says Schwab’s Pettee.

And
that goes even if kids come later. “Earlier, it didn’t matter how rich
you were, you were still worried about family legacy,” says Loijens.
“Now, megarich or not, your obsession with legacy is not the same.”

As soon as Inna called me back ( after an email inquiry) on the phone I knew she was the attorney for me!
She gives an immediate call back after an inquiry. Her staff is involved and all hands are on deck. Not only a professional and friendly office , you feel welcome and an instant connection.
Inna has all the answers to your questions for wills, estate etc.
Best decision I made was going to Inna . The process is fast , convenient and affordable . She is honest honest honest !

Inna is an amazing lawyer she did a great job putting together will and power of attorney for us. All was done in one day time! Best elder law attorney in Brooklyn !