The Federal Government and society place an enormous trust in physicians to work ethically, provide high-quality medical care, and submit truthful claims for payment. Medicaid, among other Federal health care programs, rely heavily on physicians' medical judgment to treat patients with appropriate services. The Federal Government also relies on physicians to submit accurate claims information when it comes to reimbursing physicians and hospitals for services provided to patients. However, there have been many instances where health care providers abuse their power and exploit the health care system for illegal personal gain. Due to this, the need for laws to combat fraud and abuse have become imperative. 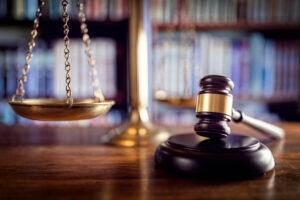 What is Medicaid Fraud?

Medicaid fraud is intentionally providing false information to obtain unauthorized federal medicaid funds and benefits. This can be committed by either a medical provider or a patient.

Phantom Billing- A provider bills Medicaid for a patient's visit that did not occur.

Upcoding- A provider bills Medicaid for a more expensive diagnosis or service than the one that was diagnosed or delivered.

Kickbacks- A provider uses payment, bribes, or any other form of compensation to encourage patients to come to their facility or to refer them to other providers.

Falsifying Claims- A provider bills Medicaid for a service that was not performed or for equipment that was not used.

Drug Diversion- A physician writes an unnecessary prescription or alters one to obtain drugs for their own personal use or to sell them. A patient may also be at fault if they forge prescriptions.

Card Sharing- A patient gives their Medicaid card to someone else to use their benefits. A provider is also at fault when knowingly treating a patient and claiming reimbursement, for someone other than the eligible beneficiary.

Program Eligibility- A provider intentionally bills an ineligible beneficiary. A patient may also be at fault when providing false information to qualify for medicaid. An experienced estate planning attorney can assist with protecting your assets while ensuring that you qualify for Medicaid.

Jail time-  Depending on the severity of the fraud, the exact charges of the case, and if it resulted in bodily injury or death of a patient, Medicaid fraud convictions can result in different jail sentences. The sentence can be anywhere between 5 years to life in prison

Fines- Depending on the charges of a medical fraud case, a common penalty is paying heavy fines. Under the False Claims Act, which protects the government from being overcharged and illegal claim submissions, fines can be up to 3 times the program's loss plus $11,000 per claim filed. In addition, under the Anti-Kickback Statute, physicians who pay or accept kickbacks can pay fines up to $50,000 per kickback plus 3 times the amount for work or service.

Restitution- Restitution means compensating for loss. If the fraud resulted in a loss of money for an insurance company or a patient, there may be an order to pay restitution for money lost to the victim.

Probation- A common penalty for those convicted is probation. During this time, they must abide by all probationary requirements. This may include regularly attending probation meetings, following rigid employment standards, etc.

Medicaid fraud is a serious crime which can result in severe penalties. If you or someone you know has become involved in a Medicaid Fraud investigation,  contact the Law Office of Inna Fershteyn at (718) 333-1233.