Medicaid and Medicare are government programs funded to aid elderly and disabled people, but it has been increasingly abused by people, providers, and professionals. Health care fraud is not only affecting the economy by increasing our national debt, but it is also harming individuals who may die from drug overdose or misuse. 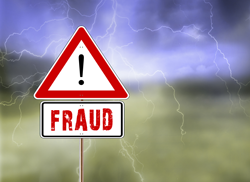 Who Pays For Ambulette Companies?

Ambulette companies are an important resource, covered by Medicare and Medicaid, for elderly, handicapped, or convalescent individuals who are in need of transportation in non-emergency circumstances. By having this accessible transportation, individuals in need of these services can get around and live their lives.

For the most part, ambulette companies receive payments and reimbursements for services under the New York State Medicaid Program. Often however, companies may find themselves with a daunting audit report from the Office of the Medicaid Inspector General (OMIG) or other official Medicaid Investigators. An audit is an official financial examination of an organization’s accounts. In some audit reports, companies may be found to have received overpayment or reimbursements they should not have. Thus, the report would also demand repayment. If this is the case, you may need an experienced Medicaid fraud attorney for representation. It is important to do so to avoid the risk of any further issues and also negotiate a possible settlement.

In 2017, Medicaid fraud did not decrease. In fact, 2017 was the year in which the largest health care fraud takedown occurred, involving over 400 defendants who were convicted for falsely billing about $1.3 billion as a result of Medicare and Medicaid fraud. As Medicaid fraud is on the rise, NEMT services have also become a target for Medicaid abuse. The cost for non-emergency medical transportation(NEMT) is dependent on the distance of the trip, the time it takes to be picked up, the need for special accommodations, and other factors. Ambulette companies commit Medicaid fraud by billing rides for deceased beneficiaries, unnecessary rides, and false trips.

A recent case released on November 14, 2017 involves a doctor and four executives falsely billing Medicaid and Medicare $30 million. They operated eight medical clinics and ambulette companies, and received medical supply, in order to defraud Medicaid and Medicare by paying elderly Medicare or Medicaid beneficiaries to act as patients so that they can bill for unnecessary or nonexistent services and supplies. Defendants Dr. Mustak Y. Vaid, Maria Burman, Asher Oleg Kataev, Alla Tsilin, and Ivan Voychak were all involved in Medicaid and/or Medicare fraud.

Former husband of Burman, Aleksandr Burman established eight medical clinics without a medical license and hired Dr. Vaid to act as the owner of one of the clinics and participate in the fraud scheme by signing false documents claiming that he treated the elderly patients, who were bribed by Kataev and Tsirlin, and prescribing them unnecessary procedures, medicines, and supplies. Likewise, Maria Burman falsely billed Medicaid over $3 million for adult diaper supplies and other medical equipment that were not needed. Lastly, Voychak was also guilty for bribing patients, and additionally billing Medicaid for medically unnecessary transportations and ambulette services by submitting false claims. Having pled guilty, the defendants will be charged for “conspiring to commit health care fraud” with a sentence of up to 20 years in prison and for health care fraud for sentence of up to 10 years in prison.

Are You at Risk for Medicaid Fraud?