Over the last several years, particularly since the start of President Trump’s administration, the topic of Medicaid fraud has seen a consistent spike in popularity among not just national headlines, but political discourse as well. Furthermore, although direct legislation regarding the matter has not yet been finalized or passed, there is ample evidence of a correlation between an increase in funding for investigatory efforts by Medicaid Fraud Control Units (MFCUs) and the number of cases and funds recovered from such investigations. 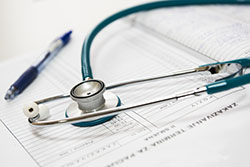 Being that the MFCU is the largest unit within the Attorney General’s Criminal Division, it is with reason that the effort to increase funding for MFCUs is being spearheaded by the National Association of Attorneys General (NAAG). In fact, on May 10, 2017 the NAAG sent a letter to the United States government urging the administration to enact a much needed change in policy that would allow state attorneys general to use federal funds to investigate and prosecute a wider range of Medicaid abuse and fraud cases. In the letter, the NAAG stressed that “the current strict federal limitations on states’ ability to use MFCU assets to investigate abuse and neglect are outdated, arbitrarily restrict our ability to protect Medicaid beneficiaries from abuse and neglect as Congress intended, and should be replaced or eliminated,” and offered the following recommendations: 1) To allow MFCU federal funds to be used to investigate and prosecute abuse and neglect of Medicaid beneficiaries in non-institutional settings and 2) To allow use of MFCU federal funds to freely screen or review any and all complaints or reports of whatever type, in whatever setting. Although the letter was given the stamp of approval by Attorneys General from over thirty-five states, the suggested bill, known as H.R. 3891 has yet to go through the congressional funnel to eventually become an enforceable law.

While any legislative measures have yet to passed in to law regarding MFCU’s, there are some key statistics that would support the idea that Medicaid fraud case prosecution would increase considerably should H.R. 3891 or a similar bill be legislated. For example, in 2017 MFCUs recovered a total of $1.8 billion in civil and criminal cases by working in collaboration with state leaders. Put in perspective, the MFCUs recovered approximately $6.52 for every dollar spent to investigate potential cases of fraud and pursue necessary criminal investigations; talk about a return on investment. Of all prosecutions, personal care service attendants (PCS) accounted for forty-five percent (523 cases) of all fraud convictions, outnumbering other types of fraud cases by a considerable margin. Nursing aide cases came in a close second and accounted for nearly eighty-eight fraud convictions. It is also important to note some key numerical trends regarding MFCU recovery rates. While civil recoveries declined slightly from $1.5 billion in 2016 to $1.1 billion in 2017, recoveries from criminal cases nearly doubled after demonstrating gradual growth in previous years.

While the MFCU did indeed produce a lower rate of recovery with civil cases, it’s important to remember that it has a history of increasing the recovery rate of taxpayer money lost through Medicaid Fraud cases. Despite the slight decrease in civil cases, recovery from drug diversion cases, which involve the billing of Medicaid for drugs and services that are not medically necessary and have been increasing in recent years, nearly quadrupled in 2016 and have nearly doubled in 2017.

The reality of the situation regarding Medicaid fraud is that every day there are likely hundreds of doctors, patients, and others involved in Medicaid that abuse the program for personal gain and rob taxpayers of millions of hard earned dollars. In short, with MFCUs bringing in incredible rates of recovery every year, it is reasonable to assume that putting more resources behind units as well as increasing the scope of their functionality would certainly increase recovery amounts across the board.