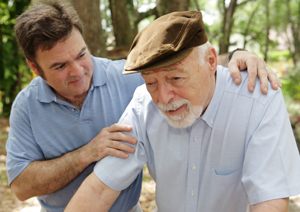 As terrible as it may be, there are cases in which a legally appointed guardian may predecease his or her adult ward, or become physically incapable of carrying out the proper duties of a guardian. This is often the case, for example, when the role of a guardian is taken on by an adult’s family member such as a parent or sibling, when the guardian is older than the ward. Depending on the level of preparation that the involved parties have put into such a scenario, the process of transferring guardianship can range from smooth and painless to long and tedious, perhaps even without regard for the best interests of the ward’s family.

If such a case is not accounted for in the ward’s power of attorney, then the court will go through with the appointment of a public administrator to fill the role of a new guardian. These are usually good, responsible people, but there are many risks involved in leaving such a situation up to chance in this way. For example, in cases where the adult ward has few, if any, assets, it may be difficult to find someone who will devote anything more than minimal time to the tasks unless they are family members who have an interest in the adult ward’s personal welfare.

In the event that a guardian can foresee a future where he or she will be unable to carry out the duties delegated by the Power of Attorney, such as if the guardian contracts a terminal illness, there is a way to avoid the above scenario. To avoid having the ward’s future guardian decided solely by the courts, the current guardian could petition the probate court in the county in which the adult ward resides to appoint a successor guardian to represent the ward’s interests after the current guardian is no longer able to carry out the necessary duties of the role. If a family member tries to do the same after the guardian can no longer carry out the required role, there is a smaller guarantee of success. To improve the odds of successfully transferring guardianship, a lawyer will likely be required to assist the interested parties in navigating the legal system. Regardless, however, this may be a long and tedious process, which could be avoided in advance.

The safest way to handle such a situation is to consider it in advance and be proactive when grafting the power of attorney naming a guardian for the ward in question. This document should include a provision discussing exactly this question, which would name an individual expected to take on the role of the guardian in the event where the primary one can not continue to fulfill his or her duties. In fact, there may be several provisions, such as one naming a guardian responsible strictly for questions related to healthcare and another naming a general purpose guardian.

To best plan for issues which may occur over time with guardianship cases, it is best to see a guardianship law attorney, who can answer questions you may have on the topic and draft up any legal documents required to keep all proceedings in order.